Few would argue that local team now play on some of the finest softball facilities in the world. With the SASA taking over all the Glenn Reeve diamonds the league has 6 fenced shale diamonds to go along with two of the greatest individual softball stadiums anywhere in Gordie Howe Fastball Field and Bob Van Impe Stadium. These facilities are a result of the hard work done by the thousands of local softball volunteers who support the league with their time. Every one of the 31 events hosted in the last 50 years has played a role in advancing our facilities to where they are today.

Over the years each diamond played on even it was not the quality of what we now have, has played an important part in the SASA’s 50 year history.  The story of our facilities begin in the 60’s when great adult softball was pulling thousands of kids into minor softball and the SASA had competitive senior men’s leagues, a dominant women’s team and a long series of high-tournaments including the annual Saskatoon  Merchant’s Tournament. 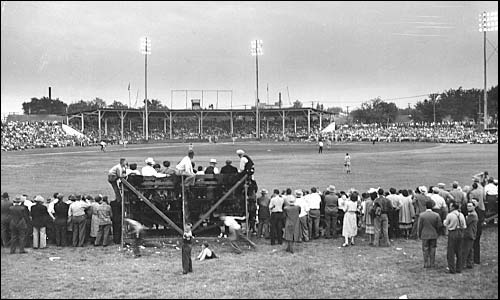 League history begins with a park that had a long history but was on it’s last life in Cairn’s Field on Idylwyld drive. (seen in the picture above from 1950) It was an iconic structure some considered eh mecca of softball, that was used for baseball and softball. Local pitching legend Joe Gallagher remembers pitching on the diamond that Gordie Howe hit homeruns on, from a spot just in front of the baseball mound. He remembers a time there in 50’s before the SASA when The King and His Court was slated to play there, the only problem was he wanted $250 and they usually charged a meagre 10 cents a person at the gate.   According to Gallagher, the league upped the charge to 25 cents and packed 5000 people into Cairns field and Eddie Feigner got his money

Cairns Field set a standard that the next major facility was forced to live up to.  In 1964, the SASA gathered 8900 signatures on a petition to city council for a lighted fastball field and led by Peter Sereda, a local softball group began raising funds to help build and equip the Gordie Howe Softball Diamond. 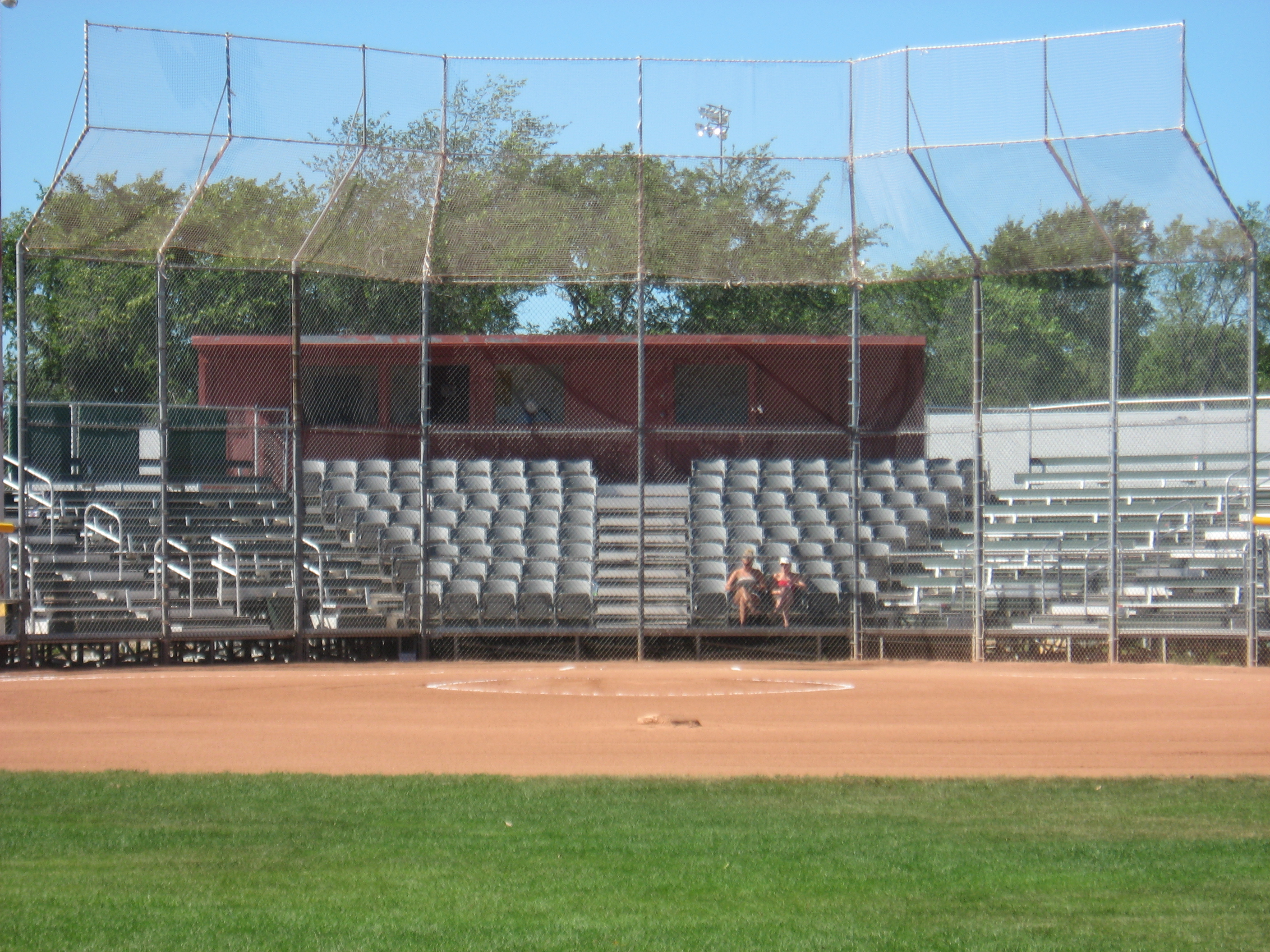 In January of 1965 city council approved the funding required for construction over three years. Unlike many recent projects this one was build early and in June 26, 1966 it opened with a men’s league double header. Early on doubleheaders used to bring in crowds as large as 1200. One of the highlights of the opening season was when the King and His Court made a return visit and faced pitchers Pete Zacharias and Red Friesen of the Saskatoon College Lads in front of more than 2,500 people. Those numbers came back in 1980 for the final of the Sr. Men’s National when Tournament Chairman Lyle Hassen ordered bleachers set past the outfield fence and people were told the gate there was no seats they would have to find a place to stand.

Saskatoon next major facility to be build was Bob Van Impe Stadium. It was a little easier getting the funds for this one as it was built to house softball for the 1989 Canada Summer Games. With a much larger stadium hosting international events became a realist option and two were hosted there even before the summer games began. Don and Doug Funk as well as Bill Hunter were among the principals at home plate when Saskatchewan premier Grant Devine opened the 1987 International Softball Congress men's championships in Saskatoon.  Sparked by the 1987 success, much of the same committee decided to stage the 1988 International Softball Federation men's championships and Bill Hunter is marching out in front a team from Denmark in a parade, which signaled the tournament's opening.  Saskatoon's success story as hosts was clearly demonstrated by the overflowing crowd at the 6,500 seat Bob Van Impe.  The numbers even soared greater when an estimated of 7,500 spectators jammed the extra stands and stood to watch the ISF Men’s World Championship in July of 2009.

The last key piece of our present local facilities started with what used to known as the “six pack”. These six diamonds behind Bob Van Impe Stadium were invaluable to hosting tournaments with a large number of teams. They have went through a few developments including the loss of the road that used to allow traffic from Bob Van Impe and the discovery of a dead body near diamond 5 after a particularly early spring thaw. Perhaps the biggest development was their naming to Glenn Reeve Fields.  In spite of the need for city council approval, Glenn a huge long time contributor to softball at the local and national level was kept in the dark about the move. He was speechless when after giving a brief promotional announcement about the upcoming Worlds to a large crowd gather for Minor Softball Night he was called to microphone by Keith McLean. There was presented with the sign that now adorns the east entrance to the fields.

On it’s way to what is the now, almost exclusive use, of the diamonds around BVI and Gordie Howe, the league saw action all around the city’s west side. The most loved of these diamonds was located at Kinsmen Park. Found in the north end of 25th street, North and South Kinsmen welcomed downtown senior citizens and created a relaxed homey atmosphere for all who attended game there. They were particularly dear to the ladies league. Coach Bob Stayner used to drill his Harmony Centres team there on weekends and then play at night. It was the home of the top divisions of ladies for a number of years and lower divisions yearned to play there. The Kinsmen Park diamonds have a rich history of playing host to over 5000 softball and baseball games in Saskatoon over six decades. SASA President Bryan Kosteroski was quoted as saying, "It was a very sad moment to end an era of softball at Kinsmen Park." Many generations have either watched or played ball at Kinsmen Park since it was first commissioned for baseball and softball back in 1950. When the diamonds were lost in 2012 to the city’s Park development plan the league was eventually able to move into the Glenn Reeve diamonds to replace them. A drive around city’s west side will expose many other locations for league play, many of which taken out of use. Some of these include the Airport diamonds in McNab Park, the Westmount diamonds on Rusholme Road, Fred Mendel Park and more recently Parc Canada, Gurgulis and   Moris Chernesky Parks.

In spite of the work of so many softball volunteers many local players take for granted the facilities they play on. However, visitors from all Canada and the world marvel when they get here and see what facilities we have to offer. This is a big reason  why Saskatoon is a hotspot for national and international softball.