The Greatest Player ever to Come Out of Saskatoon 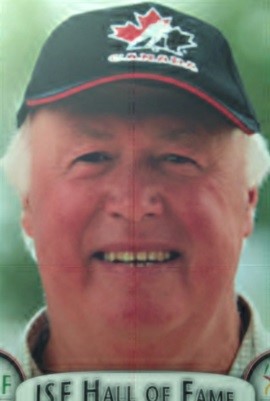 Some might think it peculiar that from a softball league that has produced scores of national team players, dozens of hall of famers and countless great players, almost no one would argue the best player to play in the SASA was Gene McWillie. Why no argument? He was not just a great player; he carried an aura about him and carried it with great humility.

The McWillie Aura
In an interview for the Star Phoenix, national team great Keith MacKintosh put it this way, "The aura of Gene McWillie, as huge as it was . . . you could hear the crowd going 'oooohhhhhhh,' " Mackintosh says of the day the famed chucker snapped his bat. "It was a pretty big deal."
McWillie's fastball "heavy, like hitting a shot-put," as Mackintosh puts it sent the Saskatoon pitcher across the world during those golden days in the 1970s and 1980s. The McWillie phenomenon although still around local diamonds has slowed a bit. He was as close to being a household name as a Saskatchewan softball athlete got in the 1970s and 1980s and couldn't be replicated today. Softball players don't attract the same media following and crowds no longer pack en masse into city parks. People still say they know “Geno” and love to tell stories about him.
His popularity and humility came through when he was quoted in the Star Phoenix several years ago "A lot of people seem to know me," he says. "I've been in strange places, like Anaheim, and some guy will come up and talk to me, somebody from Saskatchewan who recognized the name, or me. I don't know why I've gained that recognition; I just played the game hard and did the best I could, and people seemed to enjoy watching that. I'm a big guy, I threw reasonably hard, and that captured some attention." … "At the end of my career I thought 'well, maybe I was all right,' " McWillie says. ”I never thought I was anything special, but I look back now and think about my career . . . and it was a pretty good career." Most people around Saskatoon would not say it was pretty good but the best we have seen.
It is not hard to understand where this aura came from. McWillie spent more than a decade on the national team and won gold at the 1983 Pan-American Games in Caracas, Venezuela. Although it is hard to collect data on the topic, few if any have thrown the ball faster than McWillie. The Japanese team took a speed gun to the world championship in Tacoma one year and McWillie was clocked at 87 miles per hour and later he was reportedly clocked at 89 miles per hour by a team measurement. That's a lot of heat, considering the rubber sits 46 feet from home plate, and he usually released the ball around the 40-foot mark. 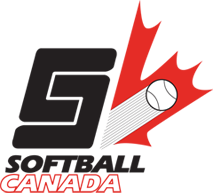 A Long Career of Success
Gene has recorded so many perfect games, no-hitters and one-hitters that no one can come up with the exact figure. During the 1980’s, McWillie was considered to be one of the top three pitchers in the world. He was starting pitcher for Canada in the final game of the 1980 World championships where Canada won a silver medal. He also pitched for the gold medal winning team at the Pan American Games in 1983. In the 1984 and 1988 World championships, Gene pitched perfect games, leading Canada to silver and bronze medals at the respective championships. He pitched for many teams but never forgot where he was from. He always made himself available for the local teams and was proud to say he never took any money for his efforts, Even though his services could have commanded a good price.

A True Local Boy
By special invitation he has traveled to such places as Japan, New Zealand and other places to demonstrate his skills and sportsmanship, thus earning a huge reputation nationally and internationally. Nonetheless, local fans are still proud to claim him as their own. McWillie was born in Humboldt and lived for a time in Watson before moving to Saskatoon as a youngster. He started playing softball as a student at Thornton school, where he commenced his career as a centre fielder. When he got a chance to pitch, he did just fine and has been tossing balls and strikes (mostly strikes) ever since. Starting with a local Thornton school district team coached by his father, then to Willies Jewellers, followed by the Texaco Chiefs of the SASA’s Commercial Men’s Division , and then moving up to the Saskatoon Merchants.
He took help from anyone as he was for the most part self- taught. He would study SASA greats like Ollie Fiddler and Pete Zacharias and pick up what he could. Even with someone like Fiddler who was one of the greatest orthodox pitchers of all time he could still collect the grips and ball rotation and improve through trial and error. Just a year after leaving the Chiefs for the Merchants, a very young Gene was depicted in a popular program cover for the renowned Merchants Tournament looking down and accepting every bit of advice he could get from long time Merchant coach Ken Rowley, who was at least a full foot shorter. It was while playing for Rowley and the Merchants that he was picked up by the Weyburn Canadians in 1987 and the team went on to win the Canadian Fastball Championship. That team was later enshrined in the Saskatchewan Sports Hall of Fame. Locally, he later performed for the Molsons, Rempel Brothers, the Saskatoon Jacks of the old Western Canada Major Fastball League, and the All-O-Matic A's out of Saskatoon. He finished his career playing for Safeway and Sutherland Bar Masters.

Giving 100% to Create a Lasting Softball Legacy
When asked to look at his sports career and his accomplishments over the years, Gene merely stated what he has tried to do: "I feel that I've done the best that I can and am very fulfilled and happy with all the ball I've played and that includes my public school days. I've always felt I've given 100 per-cent and that's all there is that I can give to the game." His best has left a lasting legacy on the sport especially around the city of Saskatoon. Bob Sawatzky, a former coach, believes the name "McWillie" is synonymous with quality fastball far beyond Saskatoon. Gene is one of the key individuals responsible for making Saskatoon a hotbed for softball in Canada. Another coach, John Reddekopp, remarked that Gene not only created a lot more interest in the game but also was an inspiration to a lot of younger players who tried to follow in his footsteps.